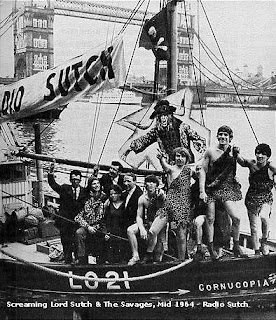 
Radio Sutch launched at the end of May 1964 from Shivering Sands anti-aircraft fort in the Thames - "Britain’s First Teenage Radio Station" on 194 metres (1542khz).

Brian Paul was the road manager of ‘Screaming’ Lord Sutch who used him for publicity. Sutch's manager, Reg Calvert took the idea of the launch a pirate radio station seriously. So Brian found himself roped into becoming a broadcaster.

First, they decided to do a gimmick to promote Sutch by hiring a fishing trawler Cornucopia and having a Rock’n’Roll party with the Savages and friends on the Thames. They sailed “through London playing Rock’n’Roll - saying that this was Radio Sutch.”

As his daughter, Susan recalls, Reg Calvert had always dreamed of having his own local radio station – “and when the family moved to Clifton Hall - near Rugby - he applied for a Radio Broadcasting licence - although at the time - no one in the country was allowed to run commercial radio.”

“When Radio Caroline started (using 'Caroline' as the theme tune which was recorded by the Fortunes, a group my father managed), Reg knew that his dream could become reality - if he had enough money! Unfortunately - he had just spent all his 'spare' cash trying to get a nightclub started at Loughborough.”

“Dave and my father sat in the car all evening - outside the Co-op Hall in Nuneaton on a Saturday night just after Radio Caroline first broadcast, planning how they could have a station.
On the way home, he was really excited. They couldn't afford to have a 'ship' suitable to run a radio station from - but they were going to hire a boat on the Thames and had a Rock’n’Roll party with the Savages and friends - and do another publicity stunt for David - saying it was Radio Sutch.”
Again - great publicity - which made Screaming Lord Sutch even more 'famous.' 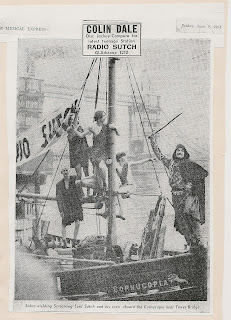 In fact, Screaming Lord Sutch had been using this boat during 2 weeks, to anchor off Shoeburyness in the Thames estuary he broadcast as Radio Sutch, until he discovered the Shivering Sands army fort.

Susan:
“A little later - my father discovered the war time forts in the Thames estuary - and he and Dave went out and messed about trying to do a broadcast with bits and pieces from the Towers - as a bit of a lark and publicity campaign. David however - soon lost interest and back to performing - but my father was determined to make it a success. He decided to carry on and changed the name to RADIO CITY.”

In late May 1964, along with the Savages, dressed in animal skins and stone-age gear, Sutch set sail from Leigh-On-Sea, Essex on board the Lowestoft registered fishing trawler The Cornucopia. Along with the motley crew, a large amount of equipment and supplies were taken aboard for later use in the station's new base.

Sutch's party boarded the tower, and began transferring the supplies and equipment for the station from The Cornucopia.
On the last trip in from broadcasting on the Cornocopia Sutch and his crew spotted the old wartime gun platforms at Shivering Sands.

On 27th May 1964, Radio Sutch was back on the air with it's first track being Screaming Lord Sutch's very own Jack The Ripper.

In September 1964, fed up with the bureaucratic side of running a pirate radio station (due to touring and recording commitments), Screaming Lord Sutch sold the station to his manager Reg Calvert who changed the name of the station to Radio City and installed new, and better equipment. A new more powerful transmitter was installed and over the months that followed the station gradually grew in power, in proficiency and in revenue.

Unfortunately this big adventure ended with Reg Calvert’s death, 2 years later.
It was a tragic loss not only for Reg's family and friends but also for the whole British music scene and entertainment. It signalled the beginning of the end for British offshore radio as the killing spurred the Government into legislative action.
BBC Radio One started to broadcast in September 1967, using the disc-jockeys from the former pirate radios and playing pop music for the younger audience.


Thanks to Dorothy Calvert and Susan Moore (nee Calvert), respectively Reg Calvert’s widow and daughter for their recollections and photographs

If you want to know more about the subject, Susan Moore has just completed writing a musical play 'THE SCHOOL OF ROCK & ROLL' and the 'DEATH OF PIRATE RADIO.'


I remember him very well. He used to come to stay at Clifton Hall with us. He was quite a character - and my father got on with him very well. They 'bounced' ideas off each other.

My mother disliked David. She thought he was 'dirty' i.e. he didn't bath enough - and she disliked his greasy black hair that was tied back in a pony tail. Unusual for the times - as all the other singers had short well groomed hair. All the other singers and musicians used their own kitchen - which adjoined our kitchen, and knocked the door when they wanted to come into our 'family' kitchen. David however, had no respect for this, and would come and sit with us in our kitchen - much to my mother's disapproval. Dad did not mind - and we would talk about anything and everything.


I remember my Dad and David planning the first political campaign - round the kitchen table. We thought it was a crazy idea! 18 year olds would never get the vote!! They really enjoyed the politics - and did it as a one-off publicity campaign for David - never expecting him to carry on with the Monster Raving Party.

My father used to pay for most things - David rarely contributed to anything and I believe he didn't pay commission either for the bookings he had.

After this we moved from Clifton Hall - and I didn't see David again. 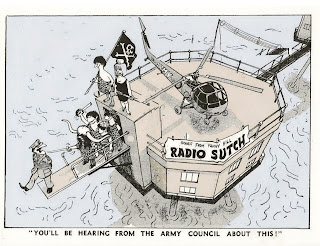 HOME
Posted by The Book Of Bands by Alain, Christine and others

THE STORY OF RADIO SUTCH, 1964. THE GUNTOWERS, SHIVERING SANDS, THAMES ESTURY, ENGLAND. ( MOST INTERESTING ) BUT SLIGHTLY MYTH AND LEGEND. AS ONE OF THE FIRST DISC JOCKS ON RADIO SUTCH ( I WAS THERE AT THE BEGINING ) THE STATION WAS STARTED ON THE GUNTOWERS WITH REG CALVERT, DAVID SUTCH, BRIAN PAULL. GEOFF MEW, AND MYSELF COLIN DALE. READ MY STORY ( FACT ) ON www.colindaleradiosutch.com THE FIVE OF US WERE ON THE GUNTOWERS FROM THE VERY BEGINING. BOTH GEOFF MEW AND ME, COLIN DALE HAVE NEVER BEEN GIVEN OUR TRUE RECOGNITION. I FOR ONE WILL NOT BLAME ANYONE FOR THAT, BUT NOW IS THE TIME TO PUT THE RECORD STRAIGHT. THANK YOU BEST, COLIN DALE colindaleradiosutch@live.co.uk

THE SAUCY OLD SEA DOG IS AT IT AGAIN-
TRY www.youtube.com/colindaleradiosutch
Your Havin a Larf - Aintcher ?
Regards, Colin Dale.

THE PICTURE AT THE TOP OF THIS PAGE ON THE CORNUCOPIA WITH DAVID SUTCH - SAVAGES - TERRY KING - REG CALVERT - CANDY CALVERT IS SLIGHTLY INCORRECT.
Between Geoff Mew and Paul Dean Nicholas, is myself Colin Dale - where you got the name John from is a mystery to me ?.
Also Candy Calvert never did any broadcasting on Radio Sutch -
Again not trying to be awkward ? but Susan Calvert Moors account of the start of Radio Sutch is incorrect.
It seems to me who ever wrote this story forgot about the fact that I was their, and I know the full story
www.colindaleradiosutch.com
I have sent you some photos and they give a far better picture of wot really happened. I hope you print them ?
Read my true account of wot happened on Radio Sutch on Jon Myers Pirate Radio Hall of Fame - thats www.offshoreradio.co.uk under D for Dale

THANK YOU AT LAST THINGS ARE COMING TOGETHER - RADIO SUTCH WAS A VERY IMPORTANT PART OF MY LIFE.
I like to see that the facts are correct, thank you.
The guys I worked with were Geoff Pussey Mew - Tony Dangerfield - Brian Paull - Paul Dean Nicholas - John Gilbey - Tony Marsh - Pete Philips - Carlo Little - Reg Calvert - David Sutch - I knew Joe Meak when he was recording David Sutch and Tony Dangerfield. I also knew Terry King of Kings Agency, Denmark Street. Pete Newman is a friend of mine also Terry Clemson.
Once again Thank you, www.colindaleradiosutch.com

Colin Dale is a liar and fantasist. He was not a DJ on Radio Sutch, but in fact nothing more than a dogsbody for Dave Sutch and a roadie for the Savages for barely a few months. He now revels in made-up stories from this short period of time and weirdly seems to think this makes him some kind of 'celebrity'.

I SEE ANOTHER GUTLESS WONDER HAS COME OUT OF THE WOODWORK ( there are still a few out there ) I ALWAYS PUT MY NAME TO ANYTHING I WRIGHT OR SAY, SO IF YOUR COMMENTS MAKE YOU FEEL GOOD MR/MRS ANONYMOUS ! THEN CARRY ON REGARDLESS..A week is a long time in politics ? AND 50 YEARS IN THE POP BUSINESS IS EVEN LONGER..
HAPPY NEW YEAR TO YOU AND YOURS..and may you get wot you wish for !
www.colindaleradiosutch.com
YOUR HAVIN A LARF - AINTCHER.

I Totally agreed with everything you've written Anonymous, the man's a dreamer.

The Problem with Modern Day Air Travel ? Is, one has to sit next to people who Fart, and smell of B O..
www.youtube.com/colindaleradiosutch
Your Havin a Larf ? Aintcher ?

DECORATING THIS WEEKEND ? Let me pop round and fill your crack with Polyfilla !
www.youtube.com/colindaleradiosutch 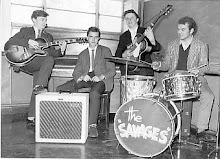 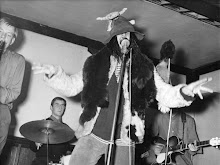 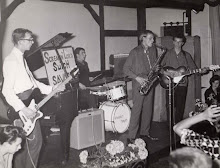 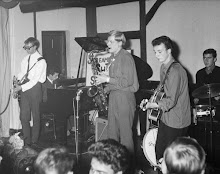 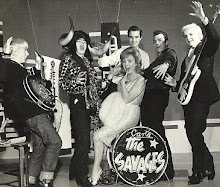 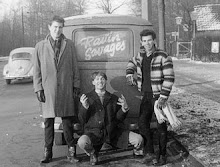 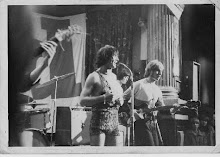 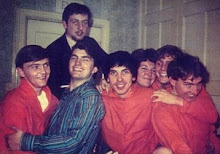 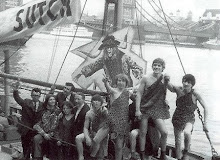 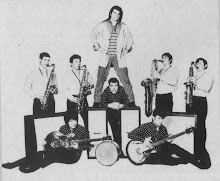 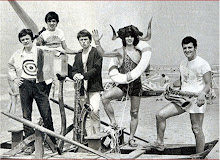 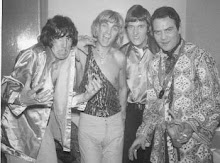 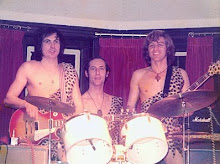 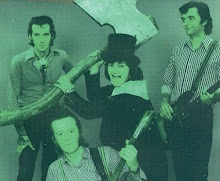 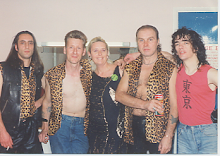 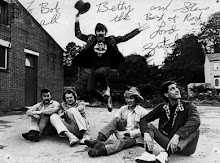 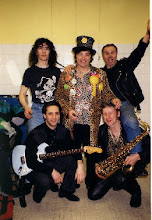